Example of a Micro Economics Assignment

For one of the cases, if the firm can operate at a loss in the short-run, how many employees need to be laid off in order for the company to break even? To calculate the number of workers to be laid off, divide the loss for the two situations by the daily wage per worker. Given a lower number of employees now working at the company, what is the change in worker productivity? Is the change in worker too large, and the firm should shut down immediately? Or in your opinion, can the workers increase their productivity, assuming that the units of output per day remain fixed at 200,000 units, so that the firm operates at a breakeven state?

Provide a two to four page report to management of the firm that discusses what should be done.

Be sure to show your work to support the decision you outline in your report.

A number of assumptions underlie the logic of pure competition. 1) A large number of firms and household are interacting in each market. 2) Firms in a given market produce undifferentiated, or homogeneous, products. 3) New firms are free to enter industries and to compete for profits. The first two imply that firms have no control over input prices or output prices; the third implies that opportunities for positive profit are eliminated in the long run.

In this unit, we will explore the implications of relaxing these assumptions – focusing on monopolies, oligopolies, and monopolistic competition. A market in which individual firms have some control over price is imperfectly competitive. Three forms of imperfect competition are monopoly, oligopoly, and monopolistic competition. A pure monopoly is an industry with a single firm that produces a product for which there are no close substitutes and in which there are significant barriers to entry.

For a monopolist, an increase in output involves not just producing more and selling it but also reducing the price of its output to sell it. The marginal revenue is not equal to product price, as it is in competition. Instead, marginal revenue is lower than price because to raise output one unit and to be able to sell that one unit, the firm must lower the price it charges to all buyers. Compared with a competitively organized industry, a monopolist restricts output, charges higher prices, and earns positive profits. Because marginal revenue always lies below the demand curve for a monopoly, monopolists will always charge a price higher than marginal cost (the price that would be set by perfect competition).

A monopolistically competitive industry has the following structural characteristics: 1) a large number of firms, 2) no barriers to entry, and 3) product differentiation. Relatively good substitutes for a monopolistic competitor’s products are available. Monopolistic competitors try to achieve a degree of market power by differentiating their products. An oligopoly is an industry dominated by a few firms that, by virtue of their individual sizes, are large enough to influence market price. The behavior of a single oligopolistic firm depends on the reactions it expects of all the other firms in the industry. Industrial strategies usually are very complicated and difficult to generalize.

Several models of oligopoly include:

• The Cournot model, which holds that a series of output-adjustment decisions in a duopoly leads to a final level of output between that which would prevail under perfect competition and that which would be set by a monopoly.

• The Kinked demand curve model which predicts that in oligopolistic industries price is likely to be more stable than costs.

• The Price-leadership model, in which one dominant form sets prices and all the

The Federal Government is the single largest influence on the U.S. economy. There are two main areas in which the government can impact the economy: fiscal policy and monetary policy. Through its spending and taxing policies, the government raises revenues and purchases vital goods and services for the country. When the government spends and taxes, this is known as fiscal policy. Monetary policy describes the actions of the central bank, known as the Federal Reserve. The central bank helps to regulate interest rates and the activities of all the commercial banks in the country.

In a democracy, elected officials of the government create programs for the general welfare of the population. To pay for these programs, the government taxes individuals and firms. In this way, the government redistributes income from those it taxes to those who receive goods and services.

Two significant Federal Government programs are Social Security and Medicare. Social Security provides for the needs of the elderly and disabled and is primarily funded through a tax on wages. Medicare is a Federal Government insurance program that covers the health care needs of the elderly. These two programs, in combination, have greatly reduced the level of poverty among elderly Americans.

The government also spends significant resources on areas like military and agricultural subsidies. Groups of individuals and firms can join together to create a special interest and lobby the government for tax breaks or special spending. Every year when the federal budget is passed, careful choices must be made in allocating scarce resources to various government programs.

Unlike fiscal policy, monetary policy is set by unelected officials. A group of economists is appointed by the executive branch and confirmed by the Senate to serve on the Federal Reserve Board, also known as the Fed. The central bank of the United States is thus quasi-independent from political influence and does not favor one political agenda over another. The Federal Reserve has regular meetings to discuss the future direction of the economy. Various economic factors like inflation, unemployment, and consumer spending are considered at each meeting. The Fed must then arrive at a set of optimal policy decisions to guide the economy on a path of low inflation and positive economic growth. This is not an easy task because the economic factors are often contradictory

One of the foundations of business within the United States is the freedom to compete in the marketplace; however, certain laws have been created to ensure that the marketplace is free of unfair competition and unlawful monopolies. A monopoly exists when one company owns the entire market or nearly the entire market for a service or a product. There are some situations in which a company can defend against a claim of monopolization. These include cases in which the market is too small to have multiple competitors and cases in which the acquisition of another business was the result of insightful business practices and decisions. The mere fact that a monopoly exists does not make it unlawful—the way the monopoly is created impacts the legality and whether an antitrust action can be brought in court.

The federal government is authorized to enforce the federal antitrust laws that have been created. These laws are enforced by the Federal Trade Commission and also the Antitrust Division of the Department of Justice. Antitrust lawsuits can be filed by a private person or the government. Depending on the law violated, damages can be in the form of civil damages (monetary relief), criminal sanctions, or equitable relief such as an injunction. The Sherman Antitrust Act was enacted in 1980. This was created to address anticompetitive actions and prohibit the restraint of trade and was applicable to actions that involved more than one party. It specifically addressed conspiracies to restrain trade. The agreement between the parties could be written or oral and even inferred from the actions of the parties. When determining whether an action has violated the Sherman Antitrust Act, the Court analyzes many factors. It determines whether the action is a per se violation, meaning it blatantly violated the act, or whether it violated the rule of reason standard in which case, the court prohibits only unreasonable restraint of trade. Under the rule of reason, the court weighs factors including the industry and the company’s place in the industry to determine if a violation has occurred.

Situations occur in which parties agree to conduct business in a way that will directly impact the marketplace. Some actions are illegal based on the Sherman Act. One such violation is a horizontal restraint of trade, which occurs when two or more parties who compete at the same level of distribution enter into an agreement to restrain trade. This can be in the form of price-fixing—a violation in which the parties involved dictate a minimum and maximum price for the marketplace. Also prohibited is a vertical restraint of trade that occurs when the agreement to restrain trade is between parties that are in different areas of the distribution chain. These cases are often be found to be a violation per se or a rule of reason violation of antitrust laws (depending upon the circumstances).

Horizontal restraint of trade is generally seen as a per se violation. Sometimes, competing parties will enter into an agreement in which the parties designate certain aspects of the market to each of the parties in the agreement. This is market sharing under the Sherman Act and is seen as a per se violation because it creates a monopoly with that designated area of the market. 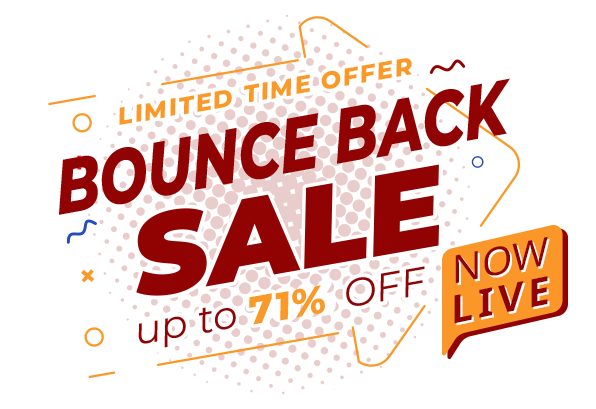